It’s not every day that the sale of what appears to be the thick end of a billion dollars of property occurs in New Zealand without anyone really noticing. 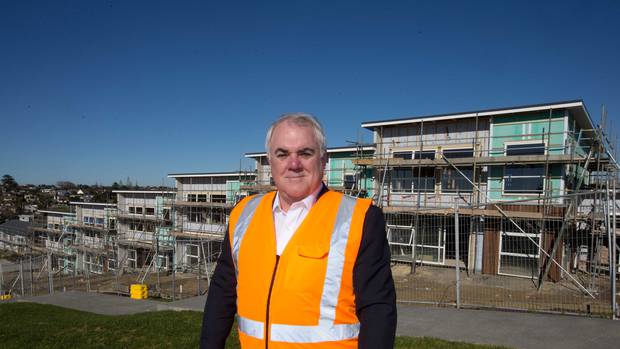 Yet that’s what happened last week when Todd Property, the property development arm of the publicity-shy billionaire Todd family, sold what looks like at least half of its total land and development portfolio to a consortium of domestic and foreign investors.

For Aucklanders, some of the developments were household names. The Stonefields apartments and associated retail developments, built over the past 15 years in what used to be the Mt Wellington quarry, have been sold.

So, too, has most of the Long Bay development on the North Shore, along with big chunks of Ormiston, near Flat Bush in South Auckland.

Together, these Auckland assets appear to have been where most of the value was tied up. Todd had been in the market for more than a year seeking a buyer.

A rough stab by REINZ suggests Stonefields and Long Bay could, together, be worth $2 billion, although that may also be far too high.

Other assets – Pegasus township on the Canterbury Plains, the Paraparaumu airport land at Kapiti which is earmarked for development, the old Napier hospital site and some coastal land in Northland, may together be worth around $100 million.

There are simply no reliable figures and Todd is, always, as tight as a drum with any commercial information. The sale has also been structured to escape valuation disclosures that would be required if foreign interests had bought 25 per cent or more.

The foreign component of this mega-property deal squeaks in below that threshold at 23 per cent, meaning that 77 per cent of the capital has come from New Zealand sources, which is impressive in itself.

The foreign entity is Alvarium Investments, described as “an independent investment firm and multi-family office”, based in Britain and managing around GBP15 billion of assets, with a member of Qatar’s royal family holding a more than 25 per cent interest.

It is a 23 per cent investor in NZPropCo, the vehicle used for the whole Todd deal, and recently formed a joint venture with 27 per cent NZPropCo shareholder Tailorspace, a vehicle that manages investments for Christchurch’s Gough family.

The other half of NZPropCo is Templeton Group, a company whose shareholdings all lead back to Woodhill couple Irina Nikolayeva Buchanan, a Russian-trained lawyer who is Templeton’s general manager, and her husband, Andrew Buchanan. Templeton is led by long-time property developer Nigel McKenna and shares numerous executives with Development Advisory Services, which McKenna also leads.

Templeton will apparently be responsible for leading the development projects still to come at the former Todd Property holdings.

Evan Davies will stay on at Todd Property as chief executive, a role he fulfils as well as being a director of various other Todd companies. He will continue in the role to complete and sell the projects not included in the transaction.

So. Why has Todd Corporation sold up so much of its New Zealand property holdings? Todd investments tend to be for the long term and “liquidity events” very carefully considered.

An educated guess must be that the family needs capital to pursue two very large offshore projects that have been slow to get going: a methanol production plant on the outskirts of New Orleans and a massive iron ore mine in the Western Australian boondocks.

Todd Energy’s former CEO, Paul Moore, has been leading the Louisiana methanol project since 2014, but the first sod has still to be turned.

The challenge for the BarraBarra iron ore project is the immense capital cost of building both a railway and port to give access to the inland Pilbara mine site. The Herald estimated the joint venture, with yet another private family’s wealth vehicle, could soak up $5.9b.

Or it could be that some Todd family members want their money?

Todd Corp’s former CEO, Richard Tweedie, broke cover in April to tell NBR’s Tim Hunter about people “who are still there who used to work for me”, saying “no one’s at all happy”.

The Louisiana project was a “joke”, the BarraBarra initiative “bizarre”, and the family would never have had a board dominated by “outsiders” in the old days, he said.

What Todd Corp thought of that has not been recorded.

But it would be no surprise if there were competing interests among branches of the family, which now boasts hundreds, if not thousands, of individual beneficiaries spanning several generations.

With Auckland property values coming off the top of the current cycle, it can at least be concluded that the Todds have realised some cash and now have some options. What those options are, only time will tell.