The true cost of controversial online doctor service SmartHealth has finally been unveiled at $25.7 million in a damning review that found leadership wanting, poor implementation and a lack of users at the core of the app’s failure. 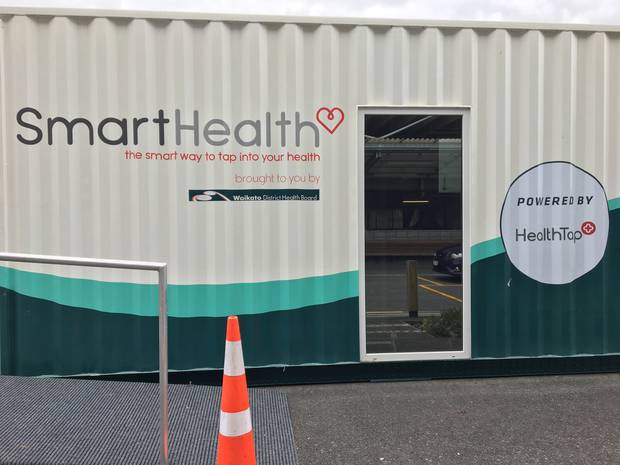 Waikato District Health Board canned the struggling app last month but until today the total expenditure has never been revealed.

A five-month-long EY [Ernst Young] review of SmartHealth and HealthTap, the American company that powered the service through smart technology, discovered a series of bungles that led to a $9m budget blowout.

• The virtual health platform was not fit for Waikato purposes, and no effort was made to link SmartHealth with other DHBs or GPs in the region;

• A group to ensure the integration of SmartHealth with the wider Waikato area did not eventuate, meaning the only point of governance lay with the board. This meant GPs in particular were never structurally connected with the project;

• There was a multitude of issues with the technology, including that HealthTap used a cloud-based system that no one within Waikato DHB knew how to fix, and that many of the target towns and users did not have the connectivity or devices needed to use SmartHealth;

• A particular driver of HealthTap’s poor reputation was its design for the US health-care market, which meant it had attributes that were strongly at odds with Waikato Hospital’s clinical culture;

• The HealthTap contract price was a fixed annual licensing fee that did not reflect staged uptake of SmartHealth and meant the DHB paid the highest price from the outset.

“This meant the DHB was under immediate pressure to achieve volume through a ‘big bang’ approach rather than a progressive and staged roll out,” the report said.

“Other health organisations both in Waikato and the wider Midland region were surprised by Waikato’s introduction of HealthTap, and organisational relationships suffered as a result.”

Analysis of the costs showed HealthTap was paid $15.4m for the two-year trial, more than the original business case request of $14.8m.

The total budget blowout was $8.91m and the DHB saved $1m when it axed the service on March 31, before the trial was due to end this month.

The review found of the 10,301 users signed up to SmartHealth, which was only half of the projected target, more than half of them were in Hamilton – which defeated the purpose of the app.

And more than 3000 users were clinicians, many of whom said they felt pressured to sign up.

Of those, only 50 per cent of them activated their account and 80 per cent of those registered did not complete the online training tool, which meant only about 600 clinicians could actually use SmartHealth.

There were even connectivity problems within Waikato Hospital.

The report said former chief executive Dr Nigel Murray took responsibility for clinical change, such as the involvement and acceptance by doctors, but did not follow through.

Clinicians spoke of a presentation by Murray announcing HealthTap but said there was little to no consultation.

Murray and former board chairman Bob Simcock drove the project when they presented a proposal for virtual health to the board in June 2015, getting it signed off the following month.

EY did not interview Murray and did not comment on the procurement process, previously criticised by Audit NZ as raising concerns, because that process is currently being investigated by the Deputy Auditor-General.

The original business case, signed off by the board with additional project costs to be approved by the chief executive, was released publicly for the first time today and showed Murray was the project owner and executive.

“The report understates the extent of the incompetence of leadership decision-making,” Powell said.

“What it describes as failings are in fact a complete failure to do the basics of competent leadership.

“Most lower- to middle-level health managers would easily meet these basic requirements whereas the former chief executive, board chair and the board as a whole failed to by a country mile.”

Board member Dave Macpherson, who was not on the board when HealthTap was approved, was critical of the situation.

“The process involved in selection, management and governance of HealthTap was universally poor.

“I hope the new board and management have learnt important lessons so it won’t be repeated.”

Waikato DHB interim chief executive Derek Wright said the review, commissioned by the DHB, proved the health board was justified in canning the service which ended in April.

“Clearly there were failings in how we rolled out this system and I will ensure the organisation learns from these,” Wright said.

“The report shows that we introduced a new system too quickly, without proper collaboration with staff, the community and other providers and the organisation was not ready for this huge change.”

He said assumptions were made about reaching 20,000 users within two years and the target was too optimistic.

Wright admitted it was “a lot of money” and that the business case was light but said lessons had been learned.

“We should have involved our clinicians early on to identify the need, rather than buy a service then work out what we were going to do with it.

“And we needed to have introduced this as a pilot in targeted areas so we could fine tune the system and introduce it gradually, rather than try and get all our services signed up at once.”

He said the DHB’s future virtual heath approach would be part of the 10-year Health Systems Plan for the organisation.

Acting chair Sally Webb said the board was committed to using innovative ways of providing health care because of the DHB’s large rural and remote population who struggle to get access to health services.

The report recommends that for future virtual care services, the DHB:

• Co-operates more fully with the four other Midland region DHBs;

• Collaborates with primary care to get the most appropriate care for their patient population;

• And engages clinicians to help develop the strategy and implementation.

The DHB said it would not rush to replace HealthTap. Hospital clinicians would continue to use its current Telehealth and expand the Cisco Jabber video conferencing system, to prevent people travelling to Waikato Hospital unnecessarily.

Q: What is SmartHealth and HealthTap?

SmartHealth was a virtual health app that allowed patients to connect with Waikato District Health Board doctors online, through their phone or computer via video chat and text messages. It also offered an after hours service. HealthTap was the American interactive company that powered SmartHealth.

Q: What did SmartHealth cost?
A: The full costs have now been put at $25.7m, almost $9m over budget. This included:

• $4.27m spent on buying smart devices such as iPads and smartphones for staff;

• $339,000 for public information including rebranding, advertising and marketing;

• And more than $100,000 spent on multiple travel by former chief executive Dr Nigel Murray, former board chair Bob Simcock and staff to the HealthTap headquarters in Palo Alto, California.

Q: Why was SmartHealth a flop?
A: SmartHealth continually failed to attract the targeted number of users, even though the DHB reduced the targets several times. By the time the board agreed to can the app last month after almost two years, only 10,301 people had signed up to SmartHealth. It did not reduce pressure at Waikato Hospital or tackle outpatient appointments as planned.

Q: Did doctors support the app?
A: No. Doctors at Waikato DHB were highly critical of SmartHealth saying they were not consulted over it and calling it a waste of time and money. The Senior Medical Staff Association said implementation of SmartHealth was inadequate, with target patients and clinicians not properly identified. One doctor even received overseas consults for penis enlargements.

Q: How did Waikato DHB come to invest in SmartHealth?
A: Murray and Simcock drove the proposal for a virtual health model and presented SmartHealth and HealthTap to board members in June 2015. A business case was drawn up and agreed by the board in one month. Former board member Ewan Wilson voted against the proposal because it lacked detail and substance, claiming it was rushed. The business case has never been released publicly until today.

Q: Why is the Auditor-General investigating SmartHealth and HealthTap?
A: The Deputy Auditor-General was asked by the State Services Commissioner in December last year to investigate the procurement of HealthTap, after Audit NZ said the purchase raised concerns including:

• It should have been conducted through an open tendering process and that the US$10m trial was an amount well over any threshold for open tendering;

• The business case was written for a virtual care solution and not specifically for the purchase of HealthTap;

• DHB staff planned to report value for money at the conclusion of the trial, but auditors believe the board could not demonstrate that;

• There did not appear to be much market inquiry as to what else was available;

• A two-year trial with a single provider could now cause issues of fairness with any proposed tendering and future procurement.

That investigation is ongoing.